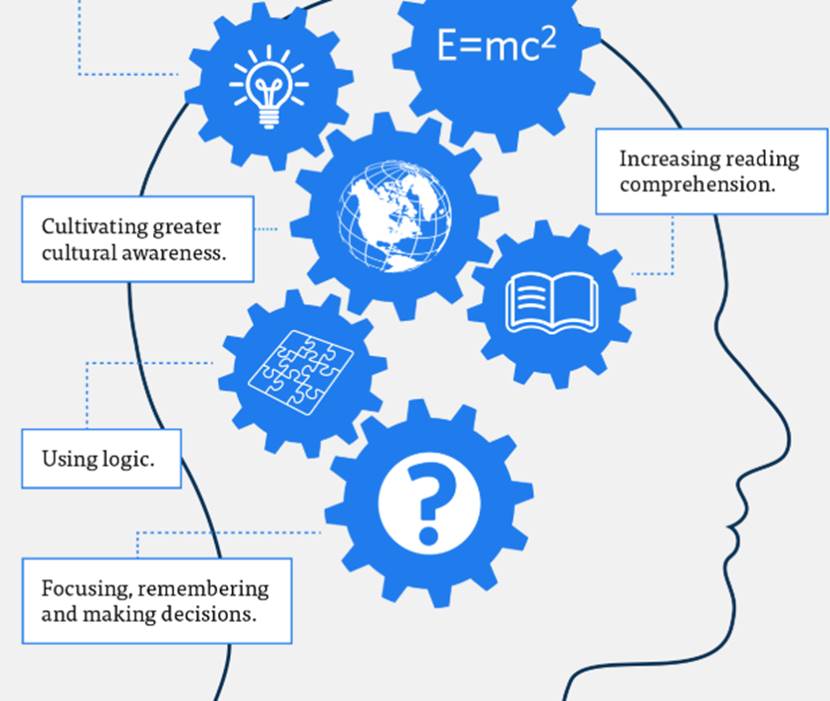 What makes baby’s brain absorb language like a sponge?  It is plasticity. Neuroplasticity relates to neural pathways in the brain and how they connect to one another.  If these pathways are utilized in brain function, the connections grow stronger, if they are underutilized, they are pruned away.  Because the young brain is growing, the neural function is very active and potentially permanent pathways can be created in the brain for comprehending and eventually speaking Spanish if the child is exposed early on.

Scientists now know that neuroplasticity is not just a gift for newborns, which debunks the once held myth that older people have static, permanently pruned neurons and cannot develop new pathways.   We know that it is very healthy for the brain to learn a language at any stage of life, young or old.  In fact, research on baby boomers studying Spanish show an increase in the myelin sheathing around nerves (Stanford Medicine) which helps to keep the brain healthy and flexible late into life.  From crossword puzzles to picking-up an instrument after retirement, mostly everyone is aware that at any age the brain can still grow.  However, the magic of the infant's brain is that language learning happens naturally, seemingly effortlessly, and if you have downloaded Duolingo or invested in Rosetta Stone, then you know how arduous and costly learning languages can be for adults!

Because the infant brain is so pliant, it makes for the most optimal stage to expose a child to all kinds of stimulus.  This is the reason why doctors encourage new mothers to be in audible conversation with their babies all day long, why parents are encouraged to expose babies to music, and why it’s the best time to teach your baby Spanish – they simply soak it up!  So, even though it has everything to do with the brain, I’d say teaching your baby Spanish is a “no-brainer”! 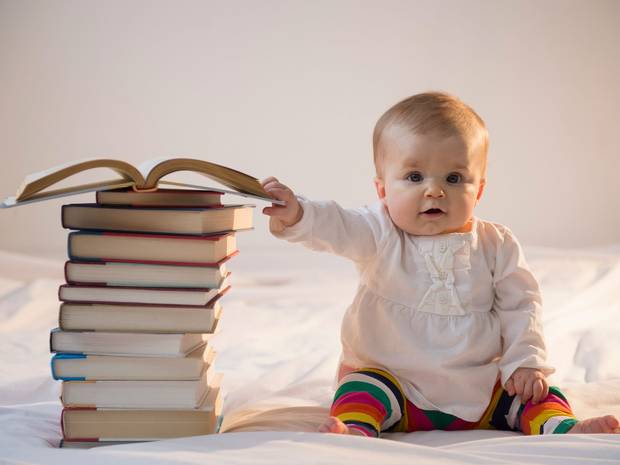 It’s critical that you introduce Spanish to your child at a specific period of brain development for optimal results.  We know this because of the Critical Period Hypothesis.  This hypothesis says there is a window of time that is most conducive for the brain to learn a language and after this period, the acquisition of languages becomes more difficult due to permanent changes in the brain.

So, if science tells us the best time learn languages is when kids are young, then why do we wait until middle and high school to introduce foreign languages in our schools?  Around the onset of puberty, the brain undergoes significant changes in its structure as children transition into adolescence and adulthood, at which point language learning becomes more arduous.  Mono-lingual adults filter all languages through their primary “language house”, requiring more processing time, and are less able to discriminate new phonetic sounds.  This dramatically decreases the opportunity for fluency in the target language and makes a native-like accent almost impossible to achieve.

The infant brain wires itself to commit to either one primary language, or multiple languages, during the early stages of growth and development.  The mounting evidence in brain research builds a compelling case for the BabyTalk curriculum, which specifically targets a baby’s burgeoning brain and this magical, and critical, window of opportunity.